BCSAR – BC Search and Rescue Association

There are over 80 Search and Rescue (SAR) ground groups in BC which account for over 2,500 unpaid professionals on call 24/7.  Each group is responsible for a different region of the province and they determine what their needs are based the specific terrain, conditions, and weather of their region.

Dividing the province into regions allows each group to tailor its response capability to the needs of the communities they serve, and lets local knowledge and experience guide how the groups respond to tasks.

However, all SAR teams in BC operate under the policies, procedures and guidelines set out by Emergency Management BC. These include safety plans, standards for training and rescue equipment, and rules under which a SAR group may be activated, and “stood down.”

Every day of the year, no matter what time it is, 2,500 volunteers in BC will drop everything at a moments notice to look for or rescue people in distress. 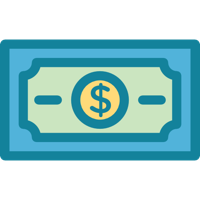 But while their time is all on their own time, search and rescue operations are still very expensive.  The teams’ budgets include money for vehicles and rent, helicopter time and travel expenses, but recently, the NDP Provincial government released its 2019 Budget and the BCSARA were expecting a funding announcement from Finance Minister Carol James but were not even mentioned.

BCSARA has been lobbying the province since 2013 for a stable funding model that would include $6 million a year to be shared by the 80 teams but the last four years have only seen limited funding, that last of which dries up at the end of March.

You can help by donating to the Association here.

Here are some related links: